Thanks to popular media, when people hear the words Artificial Intelligence (AI) they think of sci-fi movies like 2001: A Space Odyssey, The Terminator, or even The Matrix. They’re usually led to believe that AI will result in global catastrophe (dystopia) or a future where all our problems will be solved (utopia). The truth, however, is somewhere in between.

A Brief History of AI

AI isn’t new, it’s been around since the 1950s. The Stanford Workshop of 1956, which is regarded as the birthplace of AI, set off a golden age of AI marking significant advances in the ability of computers to solve problems like algebra, geometry and speaking English. The initial hype was unmet - despite significant funding and progress, AI was limited by available, cost-effective compute power and data. This “AI Winter” ended in the 1980s as programs such as “expert systems” became popular with corporations leading to a brief boom in AI. By the late 1980s, again due to unachievable expectations and cost of these systems, the AI field deflated again. From rebased expectations AI has been steadily, and slowly, making progress moving into the modern era. 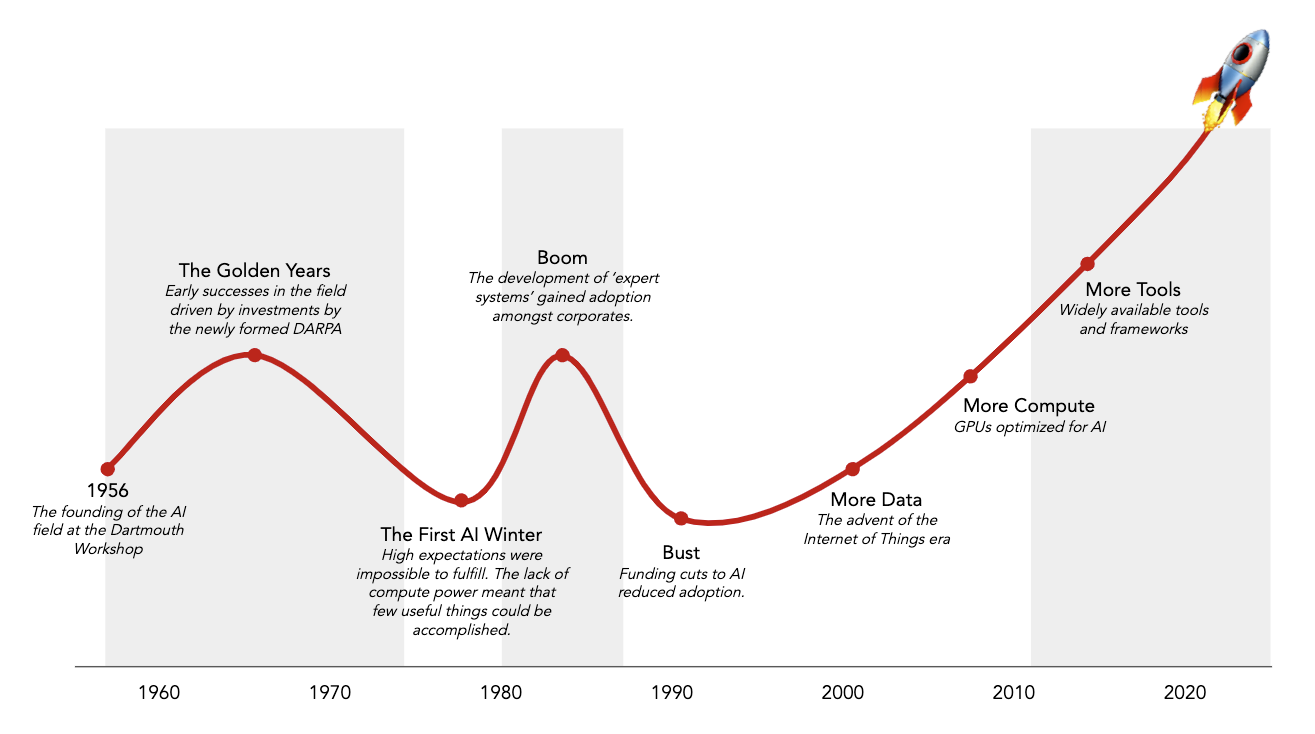 AI is simply a computer program that can accomplish difficult tasks, tasks that humans would say require intelligence. Many fields come under the umbrella of AI, the most important of which today is Machine Learning (ML). 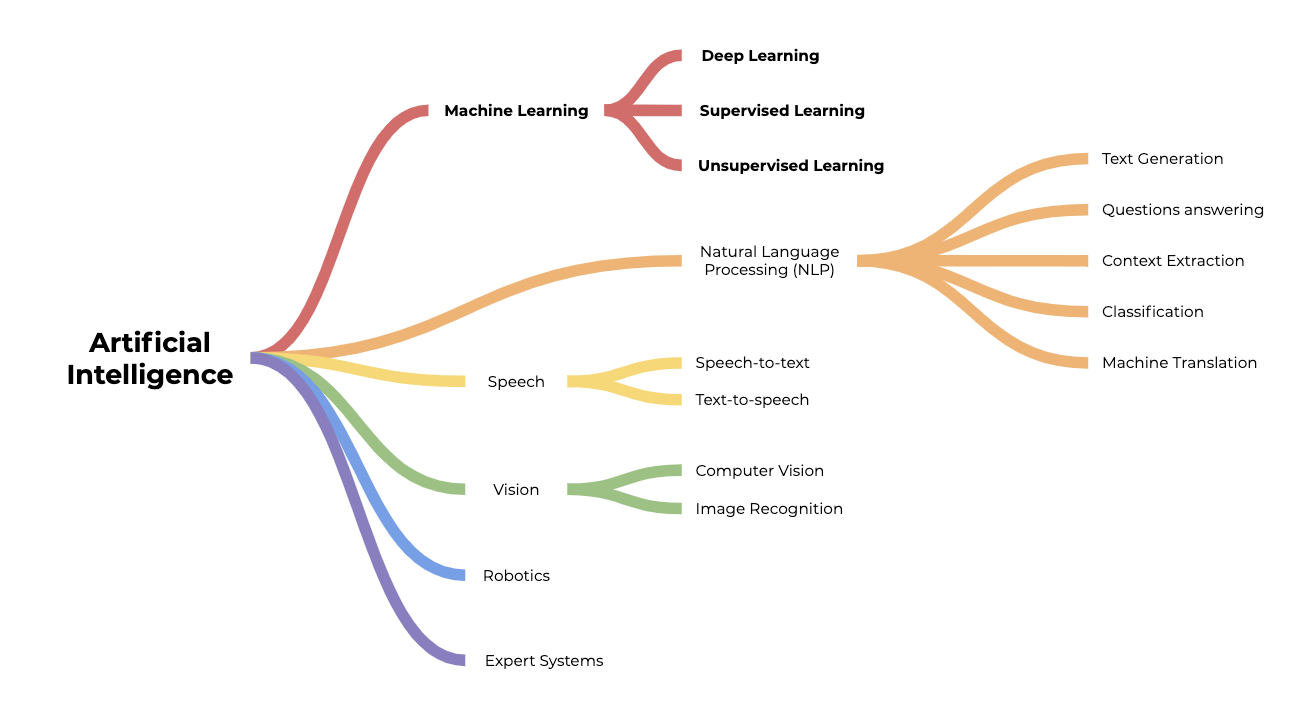 What is Machine Learning?

ML and AI are often used interchangeably and this can be confusing. ML is simply a computer program that is programmed to learn - as you give the program more and more data it changes itself or “learns” and performs better.  ML thrives on large quantities of diverse data, generally the more the better. Often data that comes from machines is already structured (e.g. numbers in rows and columns in a database) making it easy to use. But when it isn’t (e.g. a photograph), it must be labelled or organized in a structured manner - a task usually performed by humans.

The new era of AI

Fast forward to today, AI has generated a tremendous amount of publicity and attention. The three key drivers of the modern era of AI are:
The new AI age is achieving massive advances in nearly every major industry including manufacturing, automotive and advertising and it is here to stay. At Flow Labs, we’re now bringing it to the Traffic Management industry.

So what does this mean for you?

Terabytes and terabytes of data are collected from your transportation network on a daily basis. This data is collected from roadside detection, your traffic signals and even the vehicles traveling on your roads. Much of this data is probably sitting in your servers, or a data warehouse right now, waiting to be used. This data provides the fuel for AI to help you and your teams make valuable, impactful decisions from Traffic Signal Control to Transit Planning to Traffic Incident Management creating the intelligent transportation system.

As an organization you should be asking yourselves:

Flow Labs technologies like Predictive Traffic Control (PTC) enable you to spend less, deploy faster and see results quicker. Contact us to schedule a demo today.
Thank you!
Your submission has been received!
Oops! Something went wrong while submitting the form. Please try again.